Lindos (in Greek, Λίνδος) is a town and an archaeological site on the east coast of the Greek island of Rhodes, in the Dodecanese in southeastern Aegean Sea. It is about 55km south of the town of Rhodes and its fine beaches make it a popular tourist and holiday destination. Lindos is situated in a large bay and faces the fishing village and small resort of Haraki.

Above the modern town rises the acropolis of Lindos, a natural citadel which was fortified successively by the Greeks, by the Romans, the Byzantines, the Knights of St John and the Ottomans. This makes the site difficult to excavate and interpret archaeologically. The acropolis offers spectacular views of the surrounding harbours and coastline.

Lindos was founded by the Dorians led by the king Tlepolemus of Rhodes, who arrived in about the 10th century BC. It was one of six Dorian cities in the area known as the Dorian Hexapolis.

The eastern location of Rhodes made it a natural meeting place between the Greeks and the Phoenicians, and by the 8th century Lindos was a major trading centre. Its importance declined after the foundation of the city of Rhodes in the late 5th century.

In classical times the acropolis of Lindos was dominated by the massive temple of Athena Lindia, which attained its final form in around 300 BC. In Hellenistic and Roman times the temple precinct grew as more buildings were added. In early mediaeval times these buildings fell into disuse, and in the 14th century they were partly overlaid by a massive fortress built on the acropolis by the Knights of St John to defend the island against the Ottomans.

On the acropolis of Lindos today parts of the following buildings may still be seen:

The Doric Temple of Athena Lindia, dating from about 300 BC, built on the site of an earlier temple. Inside the temple is the table of offerings and the base of the cult statue of Athena. The Propylaea of the Sanctuary, also dating from the 4th century BC. A monumental staircase leads to a D-shaped stoa and a wall with five door openings. The Hellenistic stoa with lateral projecting wings, dating from about 200 BC. The stoa is 87 metres long and consisted of 42 columns. The well-known relief of a Rhodian trireme (warship) cut into the rock at the foot of the steps leading to the acropolis. On the bow stood a statue of General Hagesander, the work of the sculptor Pythokritos. The relief dates from about 180 BC. The Hellenistic staircase (2nd century BC) leading to the main archaeological area of the acropolis.

Remains of a Roman temple, possibly dedicated to the Emperor Diocletian and dating from about 300 AD.
The Acropolis is surrounded by a Hellenistic wall contemporary with the Propylaea and the stairway leading to the entrance to the site. A Roman inscription says that the wall and square towers were repaired at the expense of P Aelius Hagetor, the priest of Athena in the 2nd century AD. The Castle of the Knights of St John, built some time before 1317 on the foundations of older Byzantine fortifications. The walls and towers follow the natural conformation of the cliff. A pentagonal tower on the south side commanded the harbour, the settlement and the road from the south of the island. 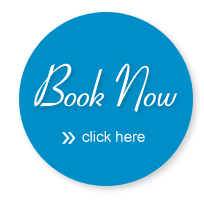 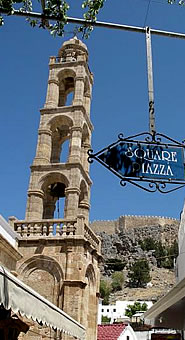 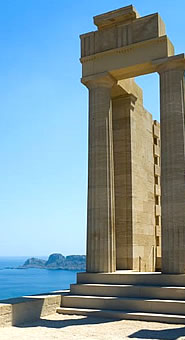